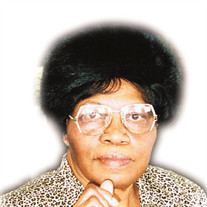 Hilda was born on January 20, 1931 in Lottsburg, Virginia, to the late Frank and Sarah Johnson. Hilda was one of nine children born of that union. Her family relocated to Washington D.C., while she was a young girl. Hilda attended DC public schools. She graduated from the Armstrong Technical High School. According to her “Reflector” Yearbook, “Hilda Johnson was a member of the Red Cross and the Health clubs.” Hilda was certified by the U.S. Civil Service as a “Census Clerk – Tabulating Machine Operator,” and initially worked at the U. S. Census Bureau until the birth of her first child. It was there that she met one of her lifelong “besties” and our aunt, Wilma Wright. In later years, Hilda also worked for Project Head Start, as a Reading Instructor for DC Public Schools and later, at Goodwill Industries. She also worked as a volunteer at the Anacostia Museum in southeast DC. Hilda and Charles (Jeff) Quarles met as children, playing with their siblings and friends in southwest DC. They became best friends, and the rest is the story of our family. Mom married her love and best friend, Charles Quarles, on February 27, 1950 at the Union Baptist Church in northeast DC. Baptized at an early age, Mom said she had a “made up mind to always believe in God,” and she loved to hear stories about Jesus. She loved Sunday School and good preaching. Mom and Dad joined the Northeast Holy Trinity Church in the early 1970s where she became a member of the Choir, and served as a Missionary for many years. From her bedside in the nursing home, Mom continued her missionary work. Many at the nursing home shared stories of talking with Mom when they were going through difficult times, and how she ministered to and prayed with them. They shared how much they enjoyed talking to her about the Lord, and listening to her singing along with her gospel CDs, and praising the Lord. Mom loved life! We always enjoyed big gatherings, cookouts and holiday dinners at “1025.” We will always remember Mom’s hot rolls, bread pudding, ginger bread, turkey & stuffing, ham with the pineapple sauce, fried chicken, potato salad and her “hoe cake” bread! She also cooked up an awesome pot of crabs, and her fried fish was so good you could forget the hot sauce! No one will ever forget how much she enjoyed reading her newspaper, especially on Sundays after Church, as she sat on the sofa with her feet up, and a cup of coffee or a Pepsi. She kept scrapbooks with newspaper articles of “current” events (first man in space, assassination of President Kennedy, the murder of Dr. Martin Luther King Jr., and more). Mom took us to the National Zoo, museums and nearby beaches. We fondly recall the walks through the woods at North Capitol Street and Michigan Avenue NE, and playing baseball and feeding the ducks at the National Arboretum. We spent sunny afternoons at the Kennedy Playground and many good times at “The Fountains,” (the reflecting pools/park between Union Station and the Capitol building). Mom loved to shop. We learned firsthand how to spot a good deal from her. Some of her favorite stores were Lansburgh’s, Hechts and Woodies. In later years, she would shop at nearby malls and places like the Pottery Outlet in Williamsburg, Virginia. Mom’s love for animals was lifelong. We had all kinds of pets: from dogs (Dinky, Beauty, Freddy and Wolf to name a few) to cats, rabbits, ducks and chickens! She loved her dogs the most! In later years, Mom and Dad traveled often with members of their Church family. In addition to visiting other churches in the “Federation” in the mid-Atlantic region, they enjoyed cruises to the Caribbean, Alaska and Europe. Hilda was preceded in death by her husband, Jeff, and son, Charles Quarles. She leaves to cherish a lifetime of memories, her children: Carmen Mack, JuWaume Hayes, Sharon (Glenn) Harrell, Keith (Denise) Quarles, Hilda Ferguson (Phillip), Rodney (Laurie) Quarles, Kimberly Milligan and Brian (Sarah) Quarles; sisters: Phyllis Johnson and Mary (Herbert) Fields; an uncle: James Page of Tappahannock, Virginia; sisters-in-law: Arrie Thomas, Virginia Coleman and Nellie Stovall; lifelong friends: Rosie Kelly and Wilma Wright; 33 grandchildren and 27 great-grandchildren; many nieces and nephews, and a host of other relatives and friends. Hilda’s work, her life, her service speak for her. She did the best she could, and now she’s done with this world. Her legacy lives on! May the Lord welcome her home and tell this faithful servant, “well done, well done.” Amen

Hilda was born on January 20, 1931 in Lottsburg, Virginia, to the late Frank and Sarah Johnson. Hilda was one of nine children born of that union. Her family relocated to Washington D.C., while she was a young girl. Hilda attended DC public... View Obituary & Service Information

The family of Hilda Rose Quarles created this Life Tributes page to make it easy to share your memories.

Send flowers to the Quarles family.