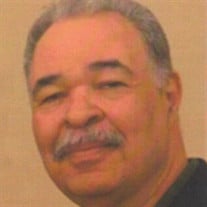 Dr, Hugh Kelin Campbell, Sr. was born in the borough of Queens, NY on June 2, 1956. He ewent to be with the Lord on January 7, 2017, following an extended illness. Hugh was the first born child of the late Edythe Dalton and Jesse Hugh Campbell. He grew up attending Rush Temple AME Zion Church in Jamaica, Queens and was educated in New York City Public Schools, graduating fromFrancis Lewis High School. He excelled academically and in every sport he played, including football, basketball, track and the sport he loved most of all, baseball (a fondness he shared with his father). As a young boy, he spent many summer evenings listening to games on the radio with his father, who was affectionately called "Pop". Their favorite team at that time was the New York Mets. Hugh played in the Jamaica Central Little League and later played for his high school team, the Francis Lewis Patriots. His position was first catcher and he took pride in the number "10" he always wore. His skill and love for baseball would take him far. Throught the efforts of his (adopted) grandmother, Merrie Lee, and her niece, Patricia (a Howard University recruiter), he was able to attend Howard University on a four-year baseball scholarship. During his time at Howard, where he played catcher for the Bisons, he would establish friendships that would last for the rest of his life. While attending Howard, his baseball teammate, Bryan, introduced him to the woman who would become his wife: the love of his life, Shirlene Liggins. Two sons were born tothis union, Hugh, Jr, and Ryan Joseph. After completing his studies at Howard, he went on to Meharry Medical College School of Dentistry in Nashville, TN, where he earned a Doctorate in Dental Surgery. Upon graduation from Meharry, he returned to the Washington metropolitan area and opened up his practice in Arlington, Va where he worked for 30 years. Hugh had many friends throughout his lifetime. His personality, wit and charm drew people to him from all walks of life. His patients loved him for his skills as a dentist and for his warm personable nature. Known affectionately by those close to him as Kelvin, there was a deep abiding love that was shared mutually between him and his family and friends. Introduced to his wife, Shirlene as "Kelly" at their first meeting, she would affectionately call him by this name for all 35 years of their marriage. He affectionately called her "Shirley". He was greatly loved by his sons and demonstrated a special love and tenderness towards his special son, Ryan. In addition to his deep love for baseball, he had a fondness for classic movies, TV Westerns, old radio shows and was an avid reader who loved history and politics. Hugh was greatly loved and will be sorely missed by all of his family and friends. Left to cherish his memory, his wife of 35 years, Shirlene Liggins-Campbell; sons, Hugh, Jr. and Ryan Joseph; Sister, Genee' Campbell; brothers Kenneth Campbell and Philip Campbell; two brothers-in-law, two sisters-in-law, four aunts, a host of nieces, nephews, cousins and very close friends.

Dr, Hugh Kelin Campbell, Sr. was born in the borough of Queens, NY on June 2, 1956. He ewent to be with the Lord on January 7, 2017, following an extended illness. Hugh was the first born child of the late Edythe Dalton and Jesse Hugh Campbell.... View Obituary & Service Information

The family of Dr. Hugh Kelvin Campbell Sr. created this Life Tributes page to make it easy to share your memories.

Dr, Hugh Kelin Campbell, Sr. was born in the borough of Queens,...

Send flowers to the Campbell family.