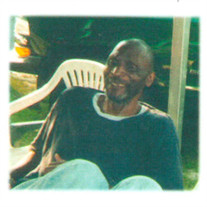 Robert Charles Holliday was born to the late Robert Charles Holliday, Sr. and the late Betty Paul. He was raised and educated in the Washington, DC Metropolitan area. He married the late Joyce Holliday on February 16, 1969 and from their union they raised two children, Joyce Holliday-Dunlap and Robert Holliday, Jr., aloong with four other children, April Holliday, Latriece Elcock, Robert Holliday and Kimberly Holliday. Robert (aka "DOC") loved to watch old western movies, doing puzzle books, looking out of the window, watching football and spending time with family and friends. Dad made sure that all of his children got to know each other. He loved and accepted all people that he met on his own or through his children. Robert was preceded in death by his sister, Victoria Stanley and his brother, Harry Holliday. Robert leavesto mourn his six children, April Nettie, Pop, treby, Rob and Kim and daughter-in-law, Bridget; twelve grandchildren; four great grandchildren; two sisters, Sally and Geneen; three brothers, Bob, Sam and Paul; and a host of friends.

The family of Robert Charles Holliday Jr. created this Life Tributes page to make it easy to share your memories.

Send flowers to the Holliday family.