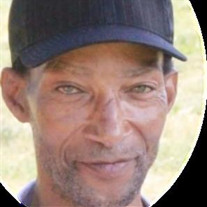 In the still hours of the morning on Friday, November 16, 2018, God gave orders to the Angels to bring Brother Stanley Davis to rest; he gently closed his eyes and went home to Jesus. Stanley was born on September 9, 1957 to the late Fredrick... View Obituary & Service Information

The family of Mr Stanley Davis created this Life Tributes page to make it easy to share your memories.

Send flowers to the Davis family.