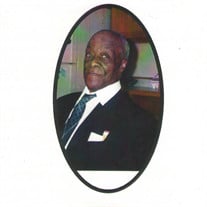 William F. Gilliard was born during the twentieth century on January 13, 1918, in Toccoa, Stephens County Georgia, approximately 53 years after the abolishment of slavery and the Civil War. He was the last survivor of 15 children born to the late Morris and Lonnie Grant Gilliard. He was educated in the public school system in Toccoa,GA. Throughout the twentieth century, sweeps of events fully chronicled his life and they brought him face to face with Jim Crow laws and the struggles for political, social, and economic equality. It was a time of normalcy for America, but a period of denial, lack of opportunity and hostility for African Americans. As segregation tightened and racial oppression escalated across America he along with millions of African Americans migrated from the South to Northern, and Midwestern states looking for work and opportunities. He relocated to Washington, DC and meet his future wife Ruth Lee and started a family. He joined the Army during World War II and entered active military duty on April 24, 1944. During the war he was severely disabled and was honorably discharged on October 31, 1945. Years later, he reunited with his two sisters the late Inez Gilliard Scott and Inolia Gilliard Williams who became his caretaker for many years in her home until she passed in 1994. William was a caring and generous individual who loved reciting the 23rd Psalm and the Lord's Prayer. He loved children as was a father figure and babysitter to his nieces, Patricia Martin and Janet Williams; and nephews, Deacon Harold Gilliard (Ann), Joedy Williams, Tommie Williams, Sr. (Veronica), Larry Williams (Maxine), Michael Williams (Ella), and David Williams, Sr. (Arlene) for many years. On the Lord’s Day, Sunday, a day of rest, September 10, 2017, he died peacefully at the Veterans Affairs Medical Center in Washington, DC. Born in Stephens County Georgia and a veteran of World War II, he was the last of 15 children born to the late Morris & Lonnie Grant Gilliard. He was a humble, proud, and peaceful man who loved God and his family. He was preceded in death by his wife Ruth, daughter Barbara Gilliard-Payne; and granddaughter Regina Payne-Mitchell. He is survived by his daughter Antoinette Gilliard; Son, Robert Gilliard (Delores); five grandchildren; numerous great-grandchildren; nieces; nephews, and cousins.

William F. Gilliard was born during the twentieth century on January 13, 1918, in Toccoa, Stephens County Georgia, approximately 53 years after the abolishment of slavery and the Civil War. He was the last survivor of 15 children born to the... View Obituary & Service Information

The family of Mr. William F Gilliard created this Life Tributes page to make it easy to share your memories.

William F. Gilliard was born during the twentieth century on...

Send flowers to the Gilliard family.